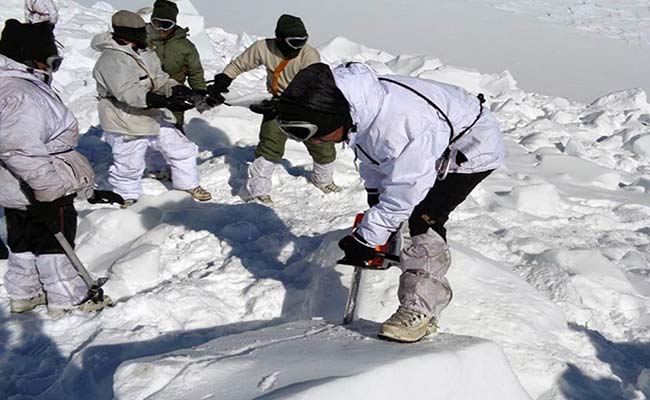 Tears rolled down the face of the Indian Army General as he was informed on telephone that a soldier had been rescued alive almost a week after a kilometre-wide wall of ice buried an Army post in Siachen.

For the tough soldier with 30 years behind him of battle, hardship and losing men, this moment was a strong challenge to his customary stoicism. “Jolly good,” he said briskly brushing away the tears though his voice betrayed his struggle to contain his emotions.

The avalanche struck on February 3. Lance Naik Hanamanthappa Koppad was found six days later, unconscious in his fibre-reinforced hut that was buried under the ice at the Sonam post, at an altitude of 19,600 feet in the Siachen glacier. Nine other soldiers lay dead beside him. Lance Naik Koppad is now in coma at an Army hospital in Delhi.

“We had a radio contact on February 4, one of the trapped soldiers reached out and we knew at least one of them was inside an air bubble,” the General said. After that, the rescue efforts became even more frantic and desperate. “The company commander did not leave the site for the last five days. Yet another deliberately survived on bits of chocolate because a full meal would slow him down,” the senior officer said.

The rescue operation had to be stopped on February 5 because of snow storms and the officers did that very reluctantly. Logic said it was almost impossible for anyone to be alive for so long in those conditions, but the heart ruled. So they dug and dug and smashed through giant blocks of ice. 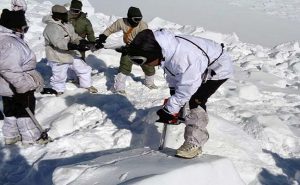 On February 3, the 10 soldiers at the Sonam post, one of the most critical posts of the Indian Army in the northern glacier, went out on a routine patrol. They returned and reported in at about 1.30 am.

At 3.30, they radioed to confirm that all was good.

In the mission to rescue the soldiers, the Indian Army and Air Force flew 300 sorties, moving men and machines like ice cutters, thermal imagers and doppler radars, in broken-down condition, part by part.

The machines were reassembled at 19,600 ft and used to cut through the ice.