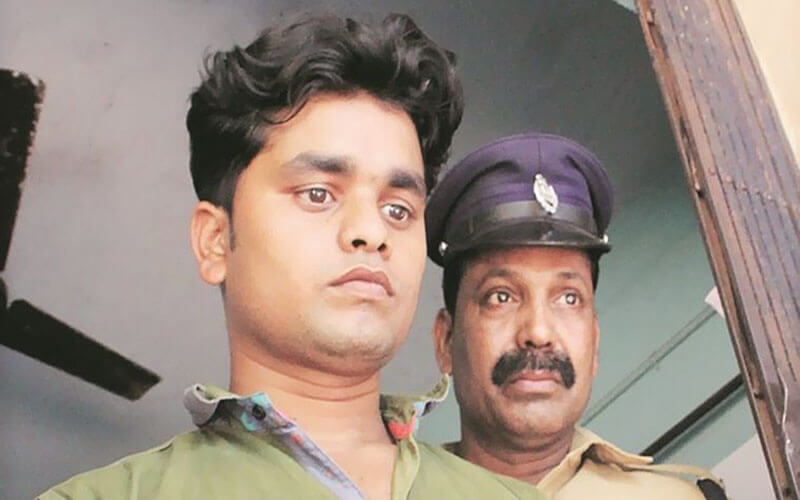 Barely four days after he came to Kerala looking for work, a migrant worker from West Bengal has won Rs 1 crore in a lottery run by the state government.

Bewildered by the sudden change of fortunes, 22-year-old Mohijul Rahima Sheikh rushed to a local police station in Kozhikode city after learning of his win. He squatted there for the night, waiting to submit the “big ticket” at a bank in the morning.

Sheikh, a native of West Bengal’s Bardhaman district, reached Kozhikode last Thursday, looking for work. He has said that he chose Kozhikode as some of his distant relatives have been working there for the past few months.

On Friday, Sheikh was handpicked for work at a construction site. That evening, he bought a Rs 50 ticket of Kerala government’s “Karunya’’ lottery scheme. He later told police that he had bought the ticket out of sympathy towards the seller, a physically-challenged man.

On the day of Shivratri (Monday), Sheikh came to know that he had won the first prize of Rs 1 crore.

He went through the local newspapers repeatedly to confirm that he had indeed got the lucky number.

Sheikh was then struck by the fear that someone would steal the ticket. After consulting his relatives, he rushed to the nearby Chevayoor police station in Kozhikode. Police, too, confirmed that Sheikh’s ticket had bagged the prize.

He pleaded with the police that he be allowed to stay at the station until next morning, when the bank would open. (Banks were closed on Monday on account of Shivratri).

On Tuesday morning, Sheikh, accompanied by police, went to the nearby branch of State Bank of India and submitted the lottery ticket.

He has told the police that he has informed his family members to rush to Kozhikode, so that he doesn’t have to return alone. Sheikh is married and has a a ten-month-old daughter.

Previous article
Seven movies whose uncensored version we are dying to watch!
Next article
Five actors and their unknown Bollywood debuts