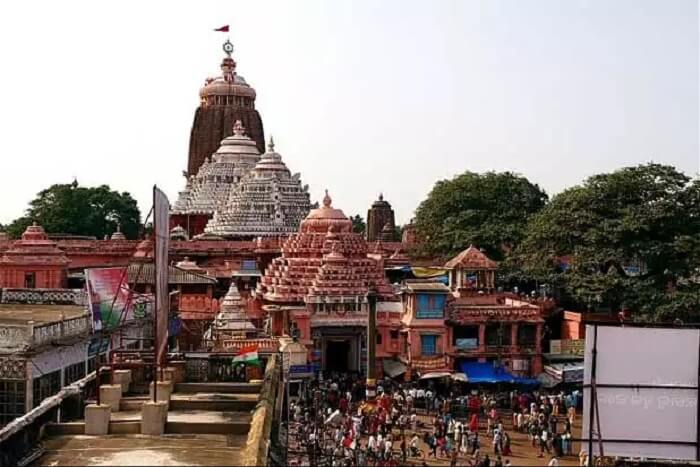 Many-a-times we hear the word Char-Dham, especially from our grandparents. So, let’s check out its meaning first. Char-Dham (or four pilgrimage sites) in Hindu culture denotes a holy place where devotees in large numbers visit to pray or worship their God. Jagannath Temple is one of the four. The word Jagannath means Lord of the universe (Lord Krishna, the eighth incarnation of Lord Vishnu). This Temple is the most-worshipped holy place in the state of Orissa. It is a belief that its architectural brilliance and other factors make Puri Jagannath temple mysterious. This blog will unveil all the secrets and facts of the Jagannath temple which were unknown to you till now.

Are you excited to know the facts of the Jagannath Puri temple? Let’s get going. 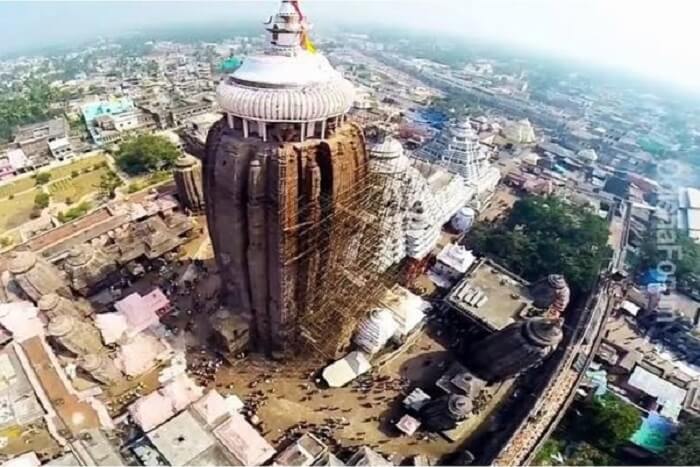 Every single object, once exposed to a source of light, has a shadow. But, the Jagannath Puri Temple of Odisha has no shadow. You won’t be able to see its dark side even in the daytime. Does that mean there’s no darkness at the Lord’s house? Or is it just an architectural marvel? It again is an undetermined fact of the Jagannath Temple.

Hold a flag or a piece of cloth in your hands and stand still for a few seconds. Observe their nature. They will flow in the same direction as that of the wind naturally. But the red and white-coloured flag present at the pinnacle contradicts this nature’s code of conduct. This flag is an inexplicable and unique exception that flows in the opposite direction of the wind’s course, defying science & logic. It is still an unresolved mystery in the list of Jagannath Puri Temple facts. 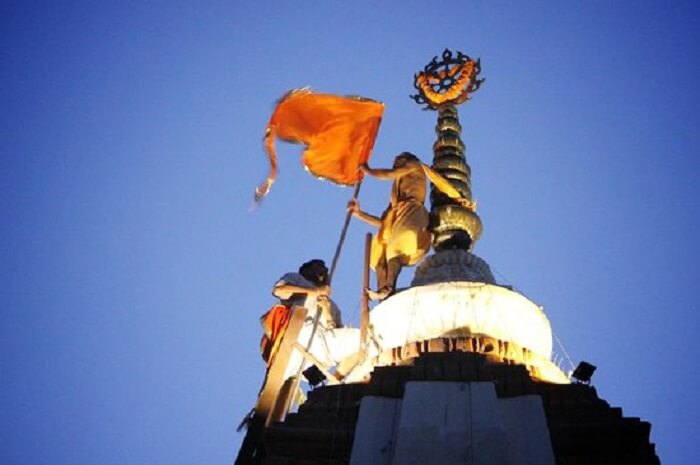 The height of the Puri Jagannath Temple is 65 meters. Can you imagine if someone has to change the flag present at such a great height daily? If you can, do you think only professional climbers can do that? If yes, then the facts about Puri Jagannath Temple might surprise you as this 1800-year-old ritual gets regularly followed by the priests here, climbing up to a height equivalent to a 45 storey building. 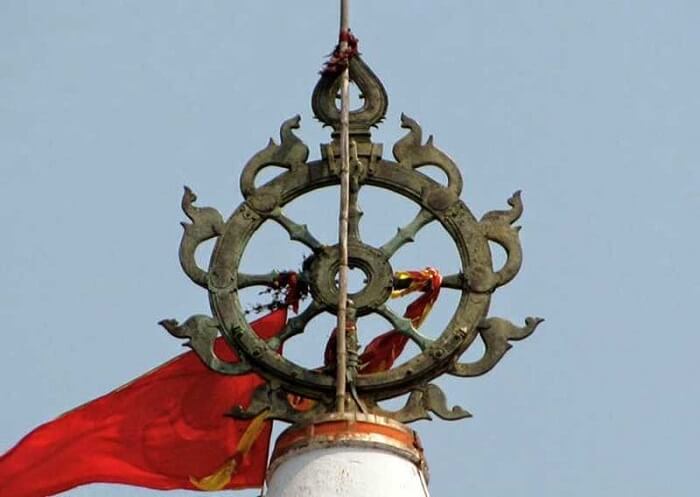 5) Nothing is above the Supreme Power 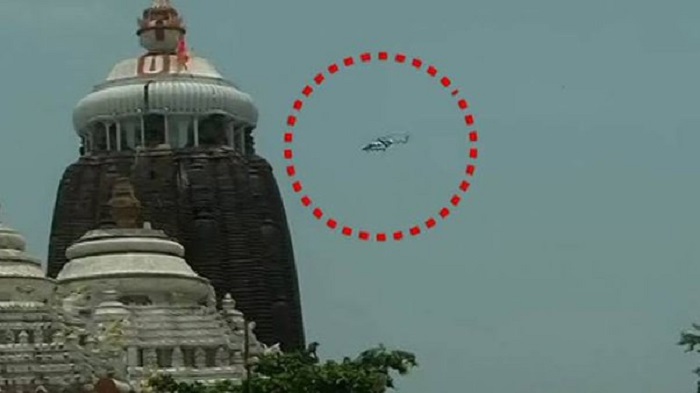 The devotees and worshippers of Lord Jagannath strongly believe that nothing can overshadow his will. But can you imagine a sky without birds? That’s rare, correct? Jagannath Puri Temple facts include one such rarity. No one has ever witnessed any bird or plane flying above the main Shikhar. So, if you visit this place someday, do not forget to make a note.

6) The mute nature of ocean waves

The main entrance (east-facing door) to the Temple is the Singha Dwara or Lion Gate. And, once you take a step inside, the sound of ocean waves is utterly lost. On the contrary, as soon as you take a step back or come outside, you can hear the sound again. Thus, this mute water added another obscure feature to the list of Puri Jagannath Temple facts.

7) The magical method of cooking 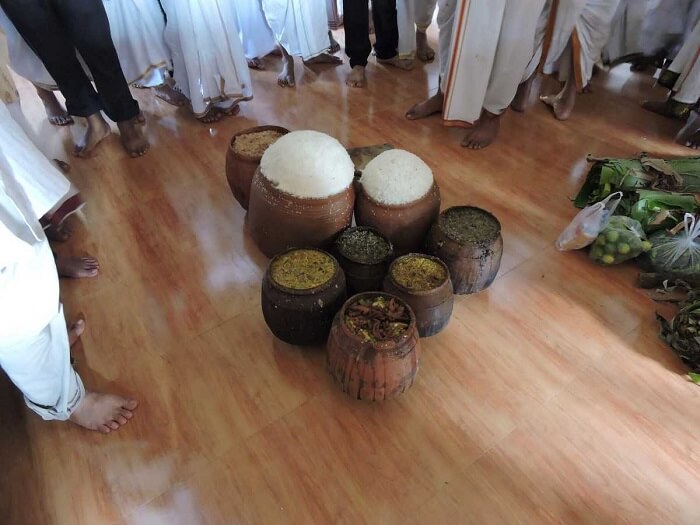 Another astonishing Jagannath Puri Temple fact includes the magical method of cooking. The food here gets cooked by the traditional methods using firewood. Exactly seven different-sized pots are placed on one another to prepare the Prasadam or Prasad. Miraculously, food in the topmost vessel gets cooked first, followed by the bottom ones.

8) The perfect quantity of food for varying numbers

The number of visitors coming here varies every day (ranging from 2,000-2,00000). However, the quantity of food prepared every day remains the same. And still, the food here is neither extra nor insufficient. Is that magic or the divine grace of the Almighty? 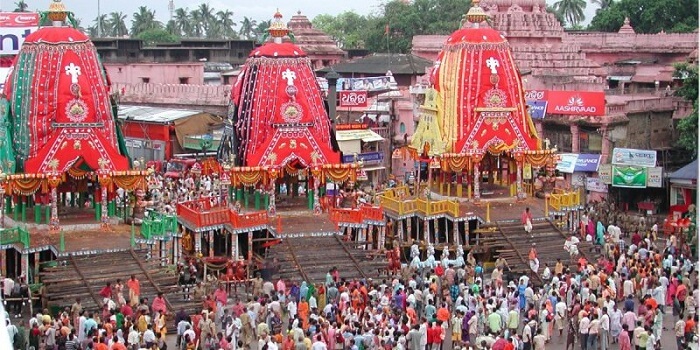 Amazing facts about Puri Jagannath Temple also include the essence of this massive celebration on the list. The three deities go to their aunt’s place to spend their vacations in three majestic and adamant chariots. The first set of chariot carries the idols from Jagannath Temple to the river. They cross the river via three boats then, the second chariot makes a move and takes the deities from the river to the Mausi Maa Temple. But how come you get to know which chariot is of which God? That’s easy. Lord Jagannath’s chariot (largest one) has a red & yellow covering. Lord Balabhadra and Devi Subhadra’s chariot has a red & green, red & black canopy.

10)  The history of the Jagannath temple

To know this better, let’s have a glimpse at the history of Jagannath Temple. Do you remember the curse given by Gandhari to Lord Krishna after the Kurukshetra war? She said that he would have to bear the agony of losing his entire Yadav clan. So, this is where the story of Krishna’s death begins.

Once Lord Krishna was sitting beside a tree near the bank of a river. A hunter named Jara mistook his foot to be an ear of a deer and shot an arrow that killed Krishna. He realized his mistake later & decided to perform the last rite following the Hindu custom. Though Lord Krishna’s entire body turned into ash flames yet, his heart remained unaffected. Jara threw this heart in the river, which is today known to be there in Puri.

One night the King Indradyumna, ruler of Puri and a great devotee of Lord Vishnu, saw a weird dream in which he heard a cosmic whisper. The King immediately woke up and followed the instructions. He went to the beach and found a floating log of wood marked with a conch, a chakra, a mace, and a lotus (Shankha-Chakra-Gada-Padma that represented the belongings of Lord Vishnu). The King then built a Temple by the seashore as instructed in his dreams. His entire army & other tribal devotees brought this log into the temple premises. In his palace, he met an 80-years old strange man (Lord Vishwakarma, the architect of Gods in disguise). The mythological information of Jagannath Temple depicts that it was this man who told the King that the wooden log had the heart of Lord Krishna. Henceforth, it was the Lord’s heart that became the epitome of Jagannath Temple history.

He also told him that he could make idols from that log. But the only condition was he had to provide him with a separate chamber to do the same for 21 days, where he desired to be left undisturbed, even without food & water. The King agreed and made the necessary arrangements. On the 14th day, the guards noticed that the hammer sound was no more coming from the chamber. The annoyed queen opened the chamber door, fearing that the man deprived of food and water might have died. But when it opened, the artisan vanished instantly, leaving behind the three incomplete idols of Lord Jagannath (Krishna) and his siblings Balarama & Subhadra. This epic tale of Jagannath’s origin is also known as the Puri Jagannath temple story.

11) Idols are changed after few years 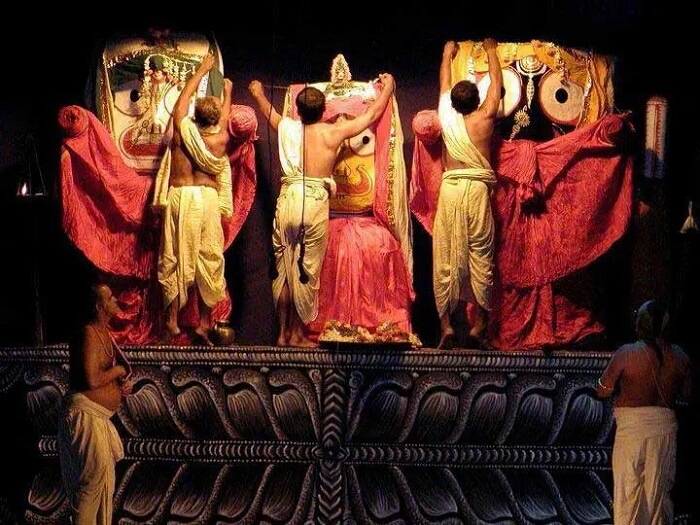 This fact of Jagannath temple will leave you amazed. The deities are buried every 14 to 18 years, one on one and are replaced by new ones. These deities are formed by neem and wood and are believed to be disintegrated on their own. 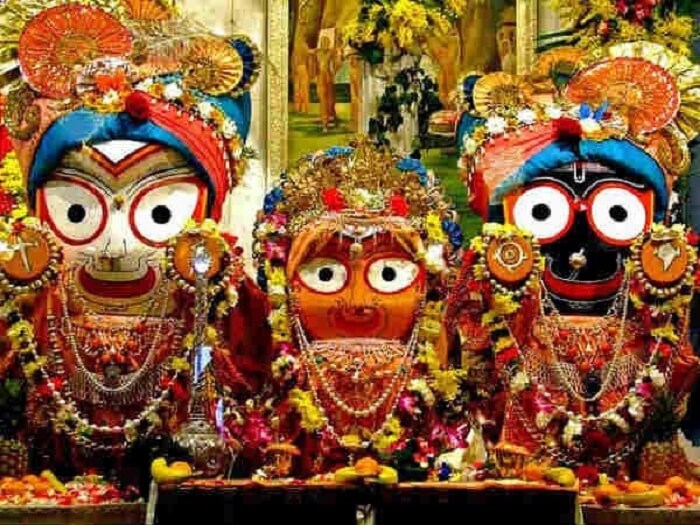 Puri Jagannath temple is one of the most miraculous places and the happenings associated are out of the human imagination. The architecture of the temple is still a mystery and the increasing weight of God’s wooden idols, while carrying it to the Rath is more like magic.

Did the Jagannath Temple history fascinate you? Or is it the magic of intriguing Puri Jagannath Temple facts that touched your soul? I hope you experience yourself by visiting this holy place someday.

Previous article
New Android Update: How to share the application via Google Play Store
Next article
10 Most Shocking Dangerous Animal in India