Suitcase of the future – NOw your suitcase will follow you. 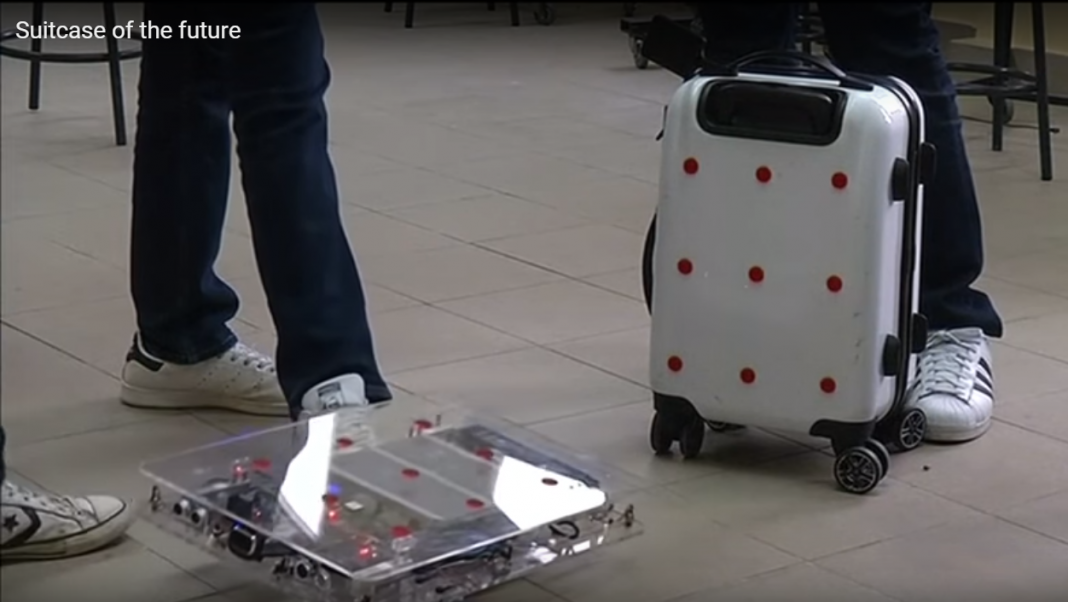 A new steps towards Technology has been taken by college students by designing this amazing Idea of follow me Suitcase.

A group of Lebanese students are hoping to make lost luggage a thing of the past, by designing a ‘smart suitcase’ that follows its owner. Sharon Reich reports.

This little device could change the way you travel. It’s called the “Follow me Suitcase” and it does just that — so that you won’t lose you’re luggage or have to carry heavy bags. Lebanese student Ralph Shalhoub is part of the design team. (SOUNDBITE) (Arabic) LEBANESE STUDENT, RALPH SHALHOUB, SAYING: “We are a team of five people and we invented a suitcase that follows you without the need to push it. We had the idea when we were at Dubai’s airport and saw how people were having trouble carrying their heavy suitcases. This is what led us to create this suitcase.” The suitcase has several sensors and a central processing unit (CPU), known as the ‘brains’ of a computer. An on-board infrared system tracks an anklet worn by the owner – and then rolls right behind, with your luggage on top. It also uses GPS and a Global System for Communication (GSM) with a sim-card, to sends alerts to the users’ phone telling them where the suitcase is. And your phone can work as a remote control to send the Follow me Suitcase instructions like ‘pause’ or ‘follow me’. So far, the suitcase is a hit. The team took first place for their prototype at the International Federation of Inventors’ Associations and won a gold medal at the iENA, a trade show for inventions in Germany. Next up, they hope to attract funding and take their product to market.

Previous article
Amazing Childhood Street Games played only by 90’s kid.
Next article
Ancient Video Games We Played As A Child But Can’t Forget Till Our Whole Life.