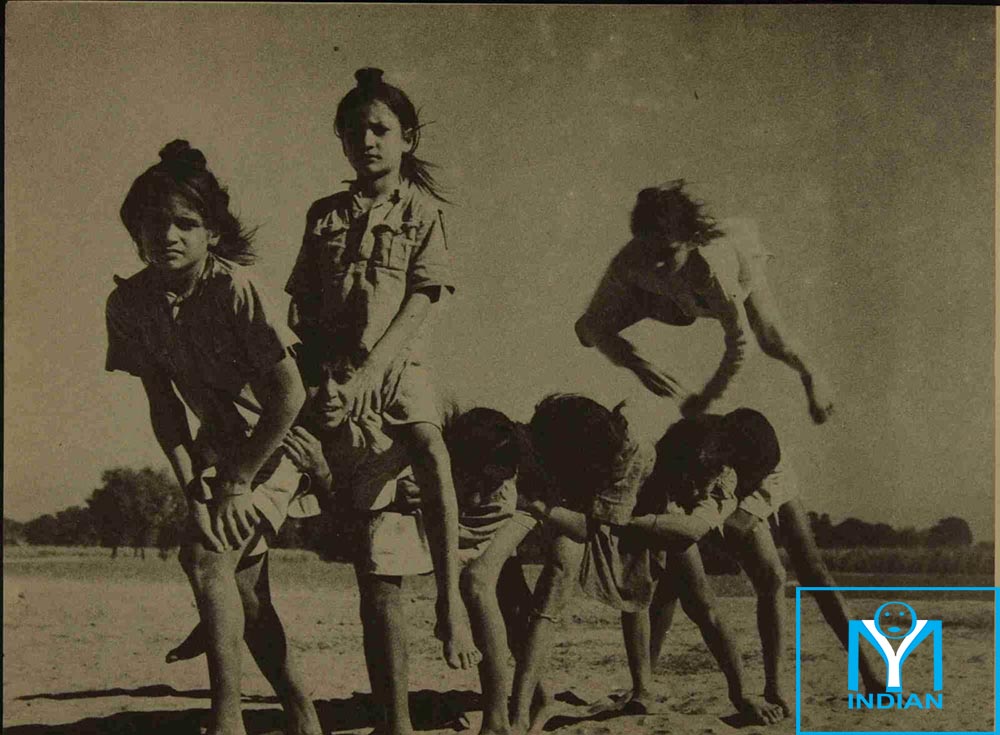 We often miss our childhood days and smile looking back to those golden times when nothing was so important than enjoying, having fun with friends, and escaping from the monster of homework. Things became a battle for us when we matured and started acknowledging the reality of life and its functionality. The initial stage was choosing the subjects for 11th standard following graduation, post-graduation, job, and well-settled life. Things became challenging, and to win the battle of life, our best friends became our competitors. Though the friendship remained the same, they said, “Dost fail ho jaae to dukh hota hai, or agar 1st ajaae to Zada dukh hota hai”. But keeping the worrying things aside, let’s reverse back to the time we need. Let’s relive those moments as we will list out a few childhood street games for 90’s kids.

Let’s jump into the springtime pool.

What is the best way to know someone is a 90s baby? Well, they don’t stop talking about it.

Let’s see the Childhood Street Games played by only 90’s kids will remember. 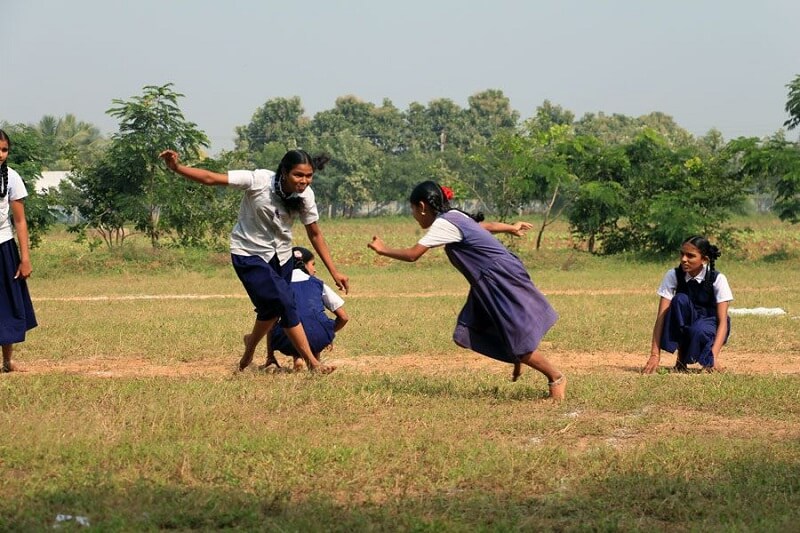 Padam Pakdai meant running manically around the neighborhood to escape the ‘dinner, even if it meant hurting ourselves. The scars on our knees are evidence of the fun we experienced. Also, this is the traditional Indian game that we still play with our kids. This is the popular outdoor games played by kids. 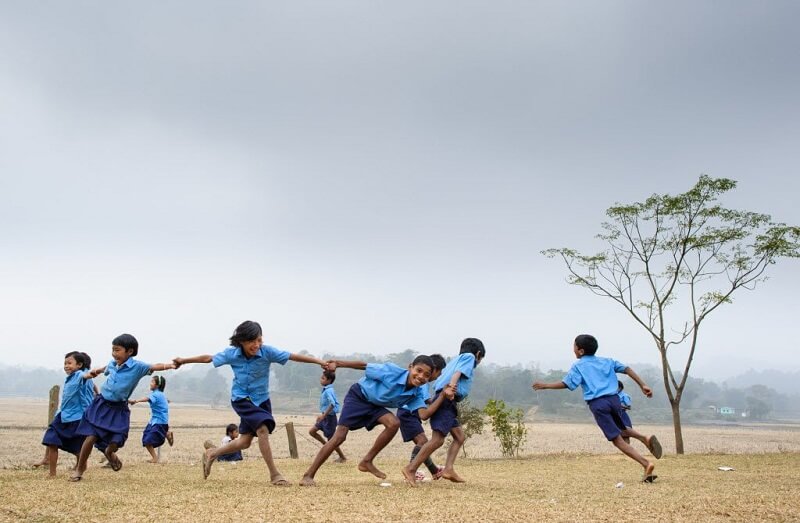 Kids playground games include Chain Chain. This is a type of ‘Pakdam Pakdai’; all the ‘denners’ holding hands and trying to catch the other players. The other most played an old outdoor game that refreshes our day when we think about it. 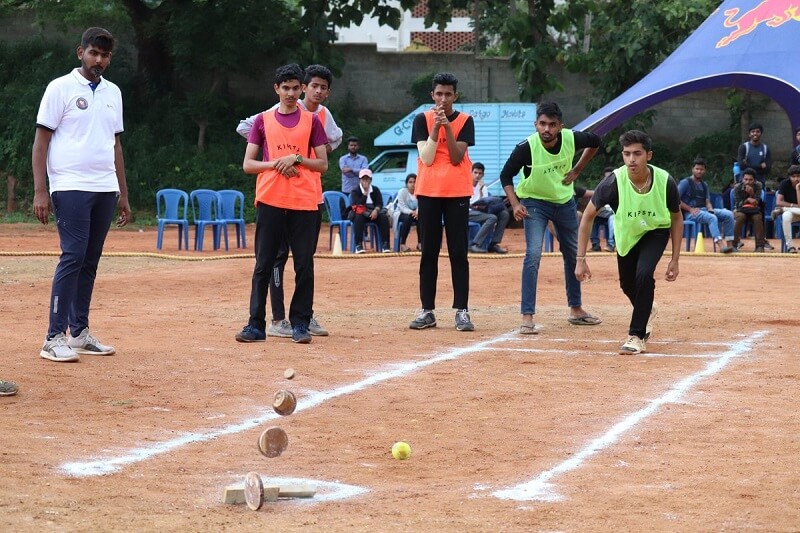 Lagori or lagoori, also known as lingocha, is a game in India involving a ball and a pile of flat stones, generally played between two teams in a large outdoor area. A member of one group (the seekers) throws a tennis ball at a pile of stones to knock them over. Kids from this generation would make fun of such games, but this attracted us and made our infancy. This game stands at the 3rd in the list of the outdoor games for children. 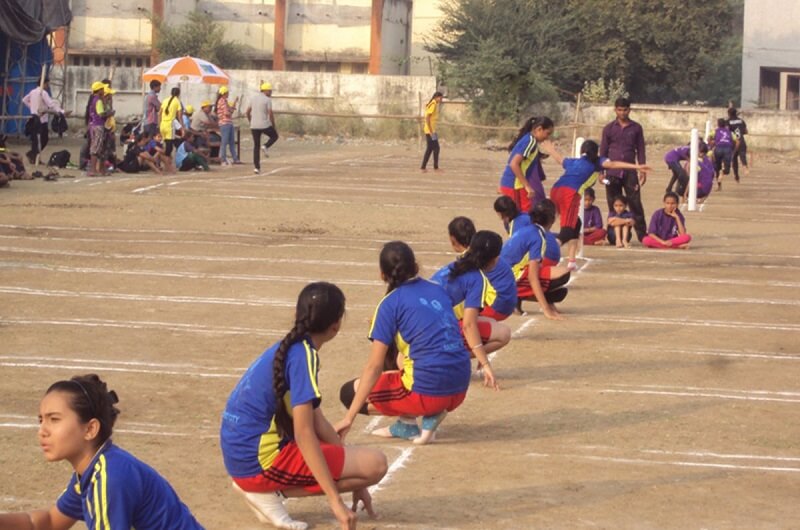 This olden day game is still played in schools majorly by girls. It is a Tag sports game, which tries to avoid being touched by members of the opposing team. Also, you can witness little kids playing in their streets. This is played in schools as an outside activity game. 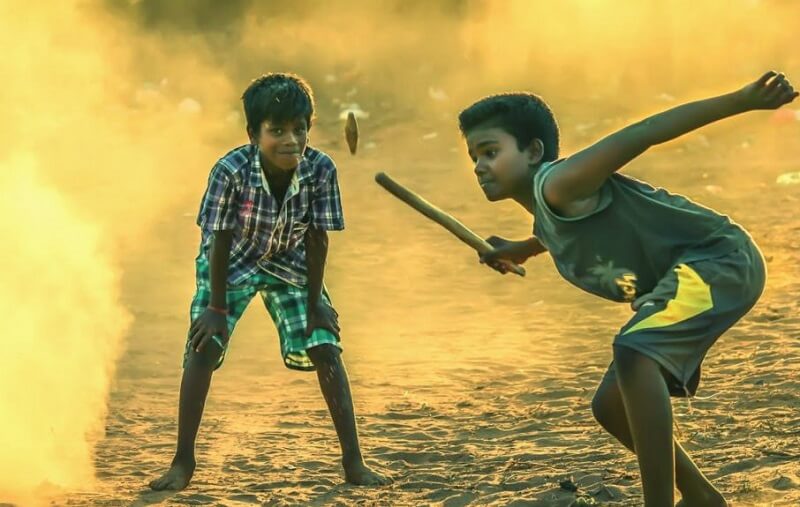 The game is played with two sticks: a large danda hit a smaller one, the Gilli. Have you ever played this Indian childhood game? If not, are you even an Indian brother? This is the most fantastic game ever played during the ’90s. Kids were allowed to play this game at the cost of completing their homework. this was the most fun outdoor games for kids. 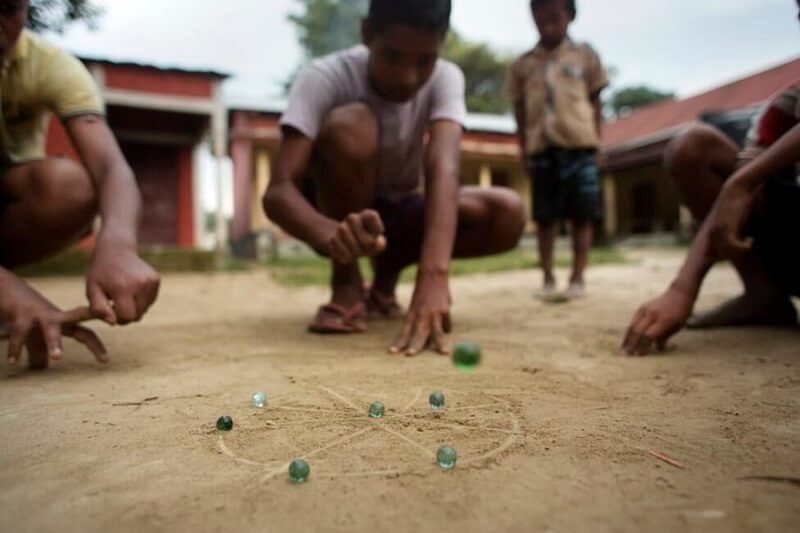 This game is considered one of the street games, increasing aiming and concentration skills. It is also known as Golli, Goti, and Marbles (English). This is the necessary one in the Indian childhood games list. Who doesn’t know about this game? Even women were a fan of it. 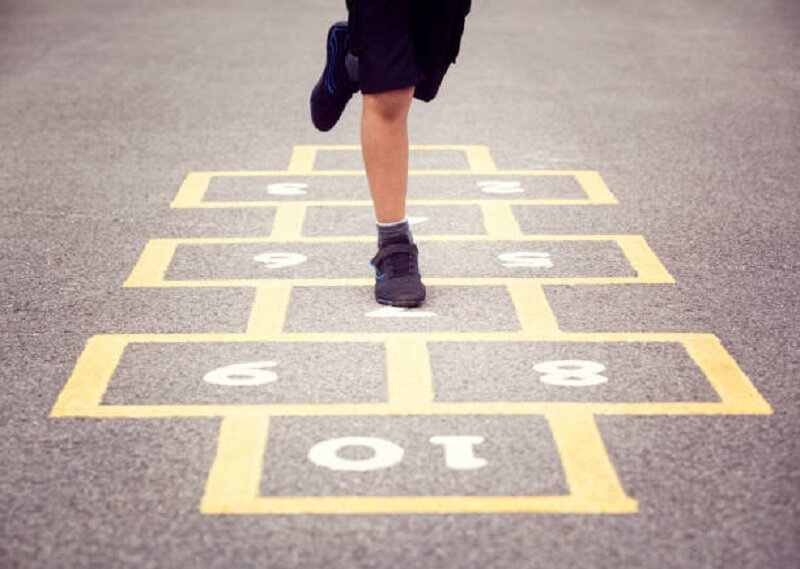 If you have a sister, you must have played this one with her—a game which girls would spend hours playing. Every girl’s go-to game is now an example of extinction, but it was once considered the Indian streety game highly played by girls.

There is a variant of ‘Pakdam pakdai,’ but players try to catch other players by keeping one leg in the air in this game. Kids from the ’90s were extraordinary; they were talented at creating the fun out of any activity. And this is how they utilized their sharp brains in finding such a popular Indian street game. 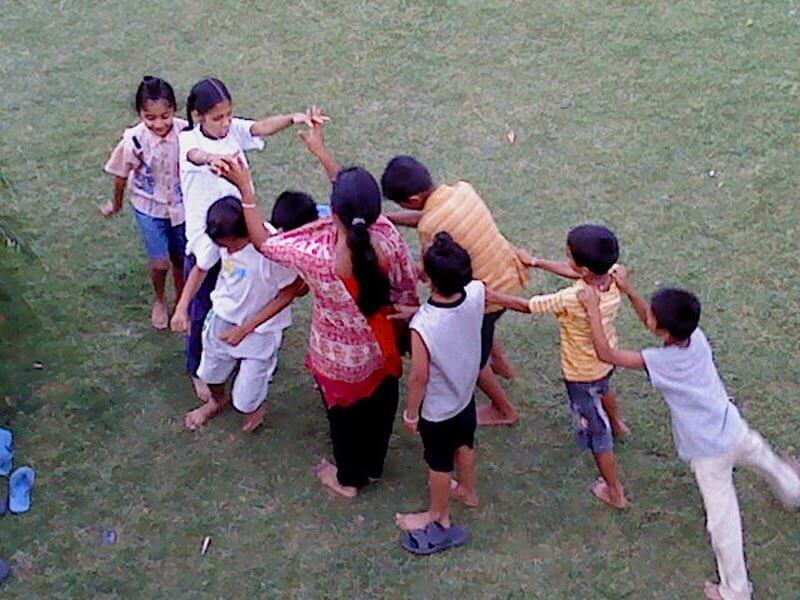 Two people stand with their hands locked together above their heads and sing a song. The other kids pass from under that bridge, and the one who gets caught (when the hands come down like a cage at the end of the song) is out. I still remember the whole piece, do you? Well, ask any kid around you if they know about this game or not. Central would answer NO because we have digital games that are restricting us from going out and exploring. 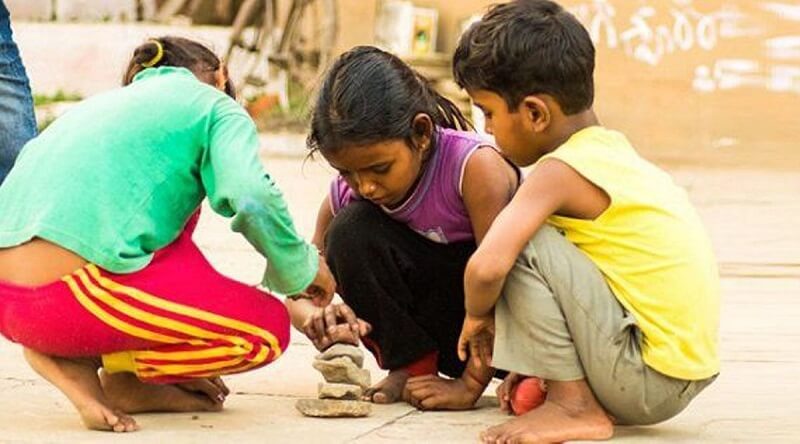 This was one of those grudge games where the unpopular kid of the group was purposely targeted and tortured with that hard Vicky tennis ball! More like a battlefield where you have no friends. You can even call it a game better than pubg if you are a 90’s. 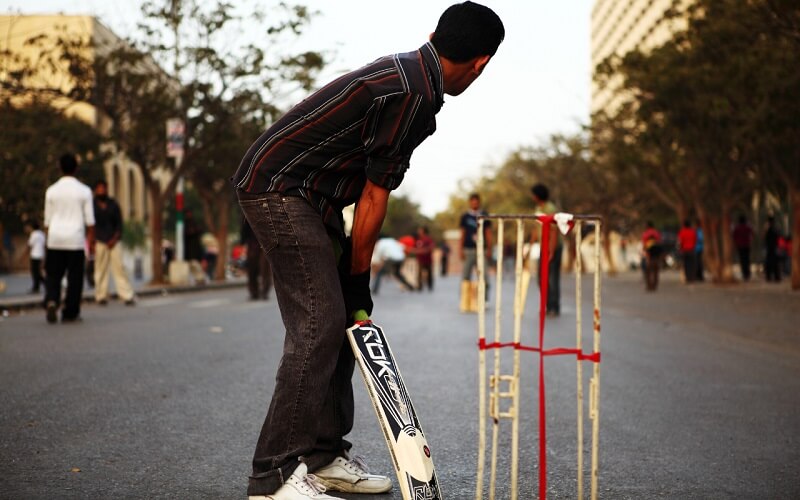 In layman’s terms, ‘bat ball’ with the neighborhood rivals had more importance than Indo-Pak matches. The rules were simple; don’t break the glass, try avoiding Vermaji’s terrace, and not going out of boundaries. And if you did so, it’s your turn to be on the hit list. This was such a fantastic game for Indian kids. Galli Cricket was must in the children’s outside games activities. 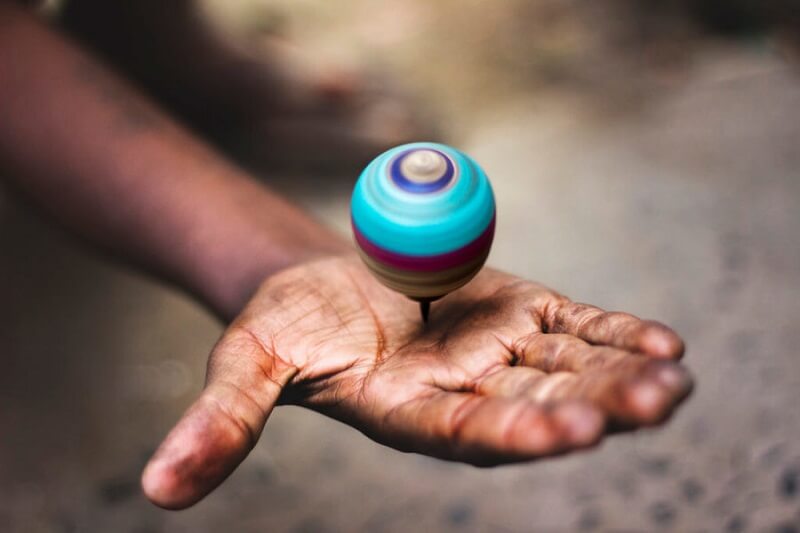 It is a game where you can show your Talent with the ‘TOP’ & ‘Physics.’ Not everyone was master in it, but everyone has at least once tried to play with it later in their childhood.

These were some exciting childhood games that every person from the ’90s was blessed with. Kids these days are not aware of what they are losing. These games gave us exposure to shine. They were a part of our daily lives, or I would rather say, it was our habit, the same as eating and sleeping. So, after taking a deep dive, let’s come out and tell me, did you enjoy remembering your childhood again? Are you going to look forward to reaching out to that friend with whom you played these games? And if you are still in contact, then share this with him and enjoy it together.

Previous article
Mumbai’s kaali peeli Taxi Ready To Compete With Ola With Their Own Mobile App
Next article
Suitcase of the future – NOw your suitcase will follow you.