21-year-old is set to be Thiruvananthapuram mayor 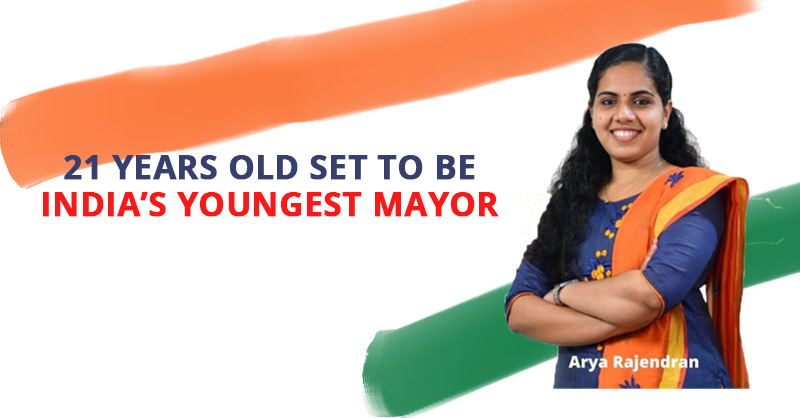 Arya Rajendran, who studies at the all-women All Saints College, won from Mudavanmukal ward.

Arya Rajendran, 21 , a second year B.Sc Maths student, could be the country’s youngest mayor ever. The daughter of an electrician, whose entire family are supporters of the CPM, Arya is to be named by the party as head of the Thiruvananthapuram City Corporation, after the LDF won 51 of its 100 wards in the recent polls.

The 21-year-old first became associated with the party when she joined its children’s collective Baalasangham when she was in Class 5. “Later, I became the district president, and have been state chief of the Baalasangham for the past two years. Due to my active role in the Baalasangham, I was taken into the Students’ Federation of India (CPM students’ wing) and I am part of its state committee,” Arya explains CPM’s decision.

The family, that lives in a small house in Thiruvananthapuram paying a rent of Rs 6,000 per month, never discouraged her participation in politics, including extensive travel across Kerala. “I have visited almost all the districts in the state. But my only trip outside Kerala has been to Mumbai, arranged by my mother’s office. I don’t remember much as I was in Class 6 then,” Arya says. It was due to the family’s financial pressures that her elder brother migrated for work, she adds.

(with inputs of The Indian Express)

Previous article
Delhi may scrap nursery admissions for 2021-22
Next article
Now one can travel on any AC or non-AC BEST bus for 24 hours by just paying Rs.60 in Mumbai