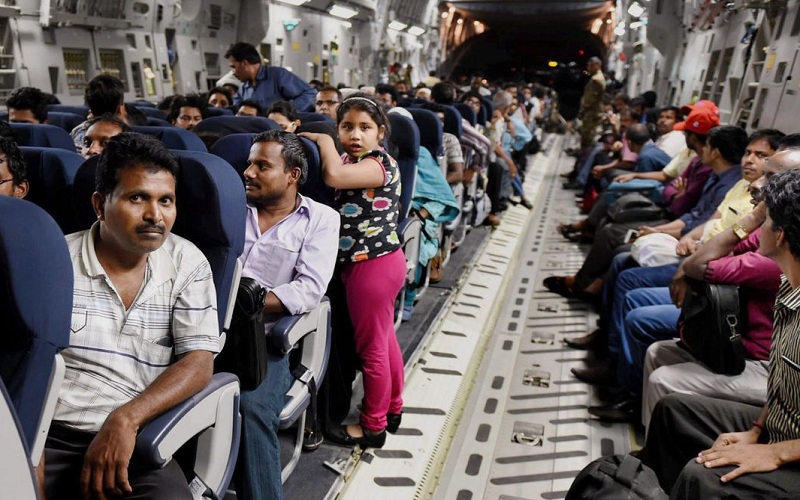 Airlift, starring Akshay Kumar and Nimrat Kaur, is just days away from release, and we’ve all been made aware of the biggest and most successful operation carried out by India – ensuring the safe homecoming of its citizens stuck in war-torn Kuwait in 1990.

On 2nd August, 1990, when Iraq invaded Kuwait at the orders of Saddam Hussain, millions of people were rendered homeless. At that time, Kuwait was home to close to 1,70,000 Indians who suddenly found their lives under threat. The Iraqi army looted the city, and people suffered atrocities at the hands of their soldiers.

Amidst growing tension in India about the lives of Indian nationals stuck in the war-ravaged country, the Government of India, with the help of the Indian Army and Air India, initiated the heroic operation which would go down in history.

After the military aircraft faced difficulties in air-space clearances, it was decided that civilian aircraft would be used. One of the most important things to note here is that back in those days, India was not a stable economy like today. We were financially in trouble, and depended heavily for crude oil on the region that was now in the middle of a war.

The ground realities were difficult and the government had limited options. A framework of the operation was created through meticulous planning. For almost 59 days, 488 Air India commercial flights flew into the war zone area, and carried 1,70,000 Indians back home.

The operation commenced on 14th August, 1990, and continued for almost 2 months after finally coming to an end on 11th October.

This feat earned Air India the Guinness Book of World Records for executing such a massive operation successfully. This operation is still regarded as the largest and the most successful evacuation ever carried out by any country in history!

Here is an account of a few people who were stranded in the war and were evacuated:

Moortuza Borsadi was only 15 years old when he became witness to war and terror. Here’s his story:

At the age of 15, Moortuza Borsadi saw war & terror like no other. Watch his story here. #ProudToBeIndian

Joanita Figredo worked as a nurse at the Jara hospital on the Iraq-Kuwait border, when Iraq invaded Kuwait in 1990. Listen to her story:

Joanita Figredo – A nurse at the Jara hospital on the Iraq-Kuwait border, during the time of the 1990 attacks in Kuwait. Watch her story. A real survivor. #ProudToBeIndian

Michael Mascarenhas played a key role in airlifting 1,70,000 Indians from war-torn Kuwait, in 1990. Here’s what he has to say:

Michael Mascarenhas – A man who played a key role in Airlifting 1,70,000 Indians from war-torn Kuwait, in 1990. #ProudToBeIndian