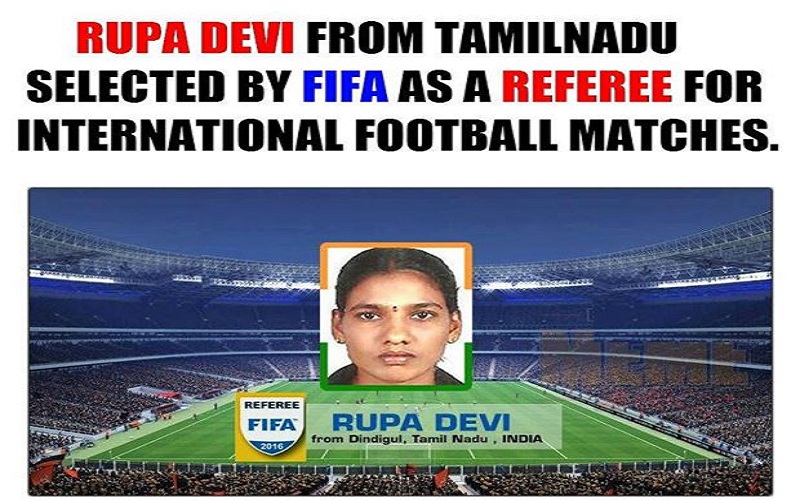 MADURAI: G Rupa Devi, a 26-year-old woman from Dindigul, has qualified to officiate international matches conducted by the Federation Internationale de Football Association (FIFA). She is probably the first woman from Tamil Nadu to achieve this feat.

Rupa says football is the most famous game in the Dindigul region. “As a child, I used to stand on the sides of the ground where the game was played and kick the ball, whenever it came to me,” she said.
Rupa never gave up her passion for football. She continued to play football when she went to do her BSc and BEd in local colleges.

Now after passing many tests and enrolling for Project Future Referees, the FIFA programme for referees, she has become the first female referee from Tamil Nadu to be selected by FIFA. She got a communication from Fifa a few days ago.
Rupa hailed from a poor family, and the Dindigul Football Association sponsored her throughout her career.