All you need to know about the new Covid Variant Omicron Virus: Symptom, Cause, Precautions, and Treatment

With a variety of cuisines, fusions, and styles, food has united different religions and nations. Food connects people from all over the world and reveals much about the community. If I talk about South India, people from another region consider Idli and Dosa the only dishes. But this blog will clear out all the myths and introduce you to some delicious and famous traditional food of Karnataka, a state in Southwest India.
Let’s check them out:

Starting with authentic food of South India, we have Mysore Masala Dosa and Neer Dosa in the 1st place of our mouth-watering list of Karnataka famous food. The Dosas are made of rice, the staple food of Karnataka. The dish is most accessible of all and can be prepared in few minutes. The Dosas are ready with the rice batter and are pan-fried. Neer Dosa is a water dosa that comes without any stuffing. Coconut chutney is something that makes it tempting. On the other hand, Mysore Masala Dosa is another delicacy from Karnataka with a unique filling of potato, lentils, fenugreek, curry leaves, and pan-fried ghee. The difference that makes Mysore Masala Dosa different from other Dosas is applying the exceptional paste on dosa made of fried onions, tomatoes, red chilies, and coconut.
Don’t you think it’s the best combination ever on this planet? 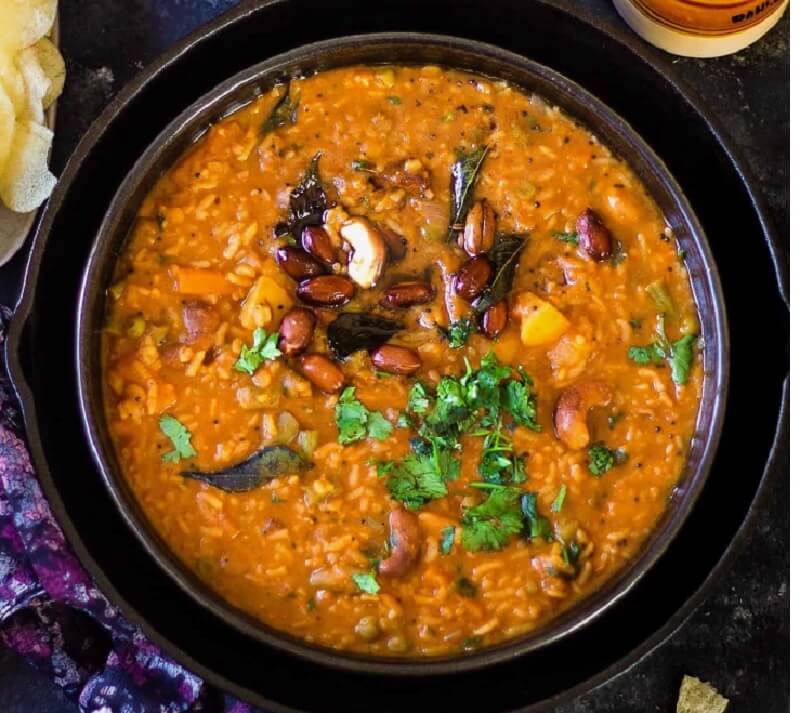 This is the perfect dish that reflects the taste of Karnataka. As earlier mentioned, rice is the staple food of Karnataka; the dish is made of rice, spices and vegetables, daal, and ghee. The plate has mixed nutmeg flavors, asafetida [Heeng], curry leaves, and tamarind pulp [Imli]. You can serve it with chutney, potato chips, salad, boondi, papad. Bisi Bele Bath is the most famous dish of Karnataka that lies under the Udupi cuisine.
This is what heaven on Earth is called. 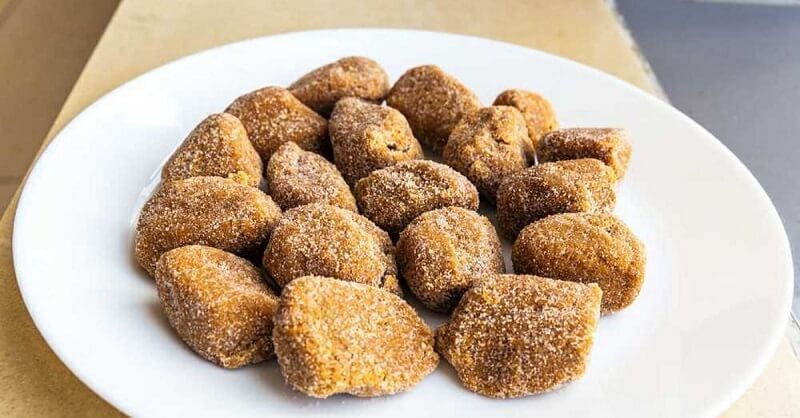 Desserts complete your meal, and we cannot skip it. So here comes the traditional sweet of Karnataka that is derived from the city name Dharwad. The Dharwad Peda from Karnataka has been given a GI tag. The dish includes Dharwadi buffalo milk, sugar, and cardamom for flavor. You can make this with the milk you take for daily use.
Less is more; the same goes with this dish. The simplest ingredients bring wonder to your table. 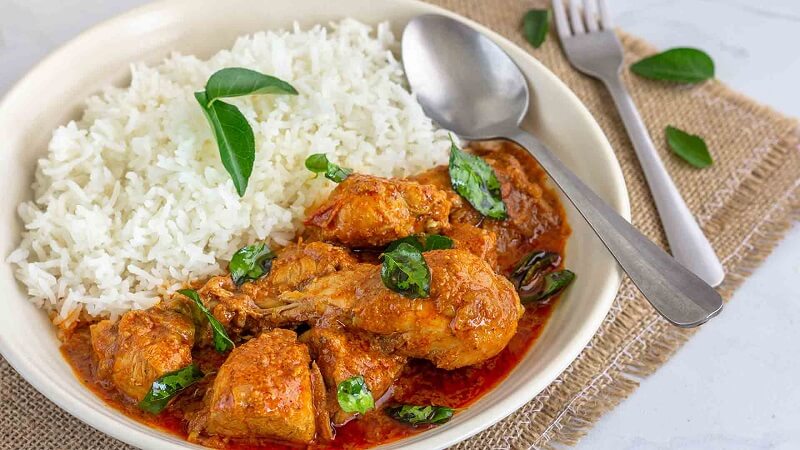 This one is for the non-vegetarians. Yes, not all South Indians are vegan. Being the most popular and traditional dish made of chicken, this is highly recommended for all chicken lovers. The dish has the strong flavor of coconut milk and kori gassi masala paste made of roasted spice and tamarind. In southern parts, kori means chicken, and gassi means curry. The paste makes this dish divine.

Ragi is another staple food of Karnataka and is used in various dishes. This is the healthiest of all the mentioned dishes. And is made of ragi [flour] and water. You will find it in a ball shape. These are generally served with green vegetables with sprouted grams and meat. The spices are added to enhance your taste buds.
You cannot search for any other healthier dish than ragi mudde in entire South India. 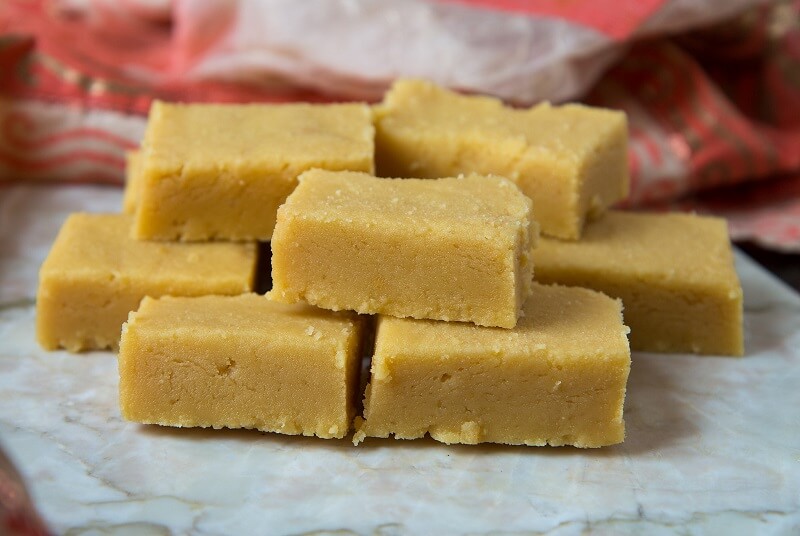 This is the sweet delicacy from the city of Mysore that is made from desi ghee, sugar, gram flour, cardamom. It has a creamy, buttery texture that tastes splendid. The name itself holds the essence of royalty. The dish is so famous that you can easily find it out of Karnataka and Mysore, especially Mumbai.
What do you think? Is this an open challenge to Kaju Katli? 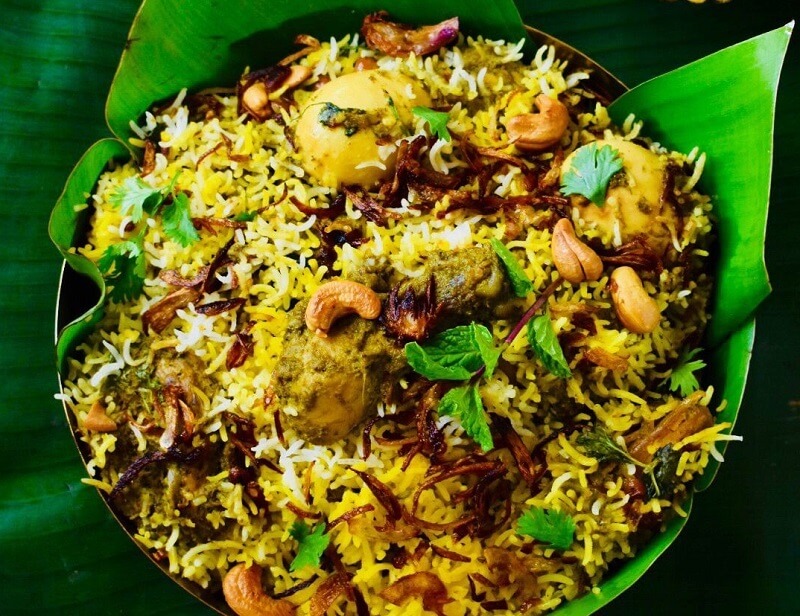 We know how Hyderabadi, Lucknawi, Bengali biryani is famous for their appetizing flavors. Still, you have to include one more name to your list, and that is Mangalorean biryani from the South. The subtle taste of caramelized onion and tender chicken will win your heart. The dish is highly enjoyed by the Muslim community of the coastal area in Karnataka. The preparation is the same as Dum biryani but has coconut milk that makes it different from other forms.

Chiroti are served in Maharashtra and Karnataka. In North India, we call it pheni. This is an authentic South Indian dish made of semolina [sooji] and powdered sugar. These are occasionally made and served in a different style. It is crushed on the top of almond milk.
Chiros are specially made for marriage and other feasts. You cannot miss this milky, sweet dish. 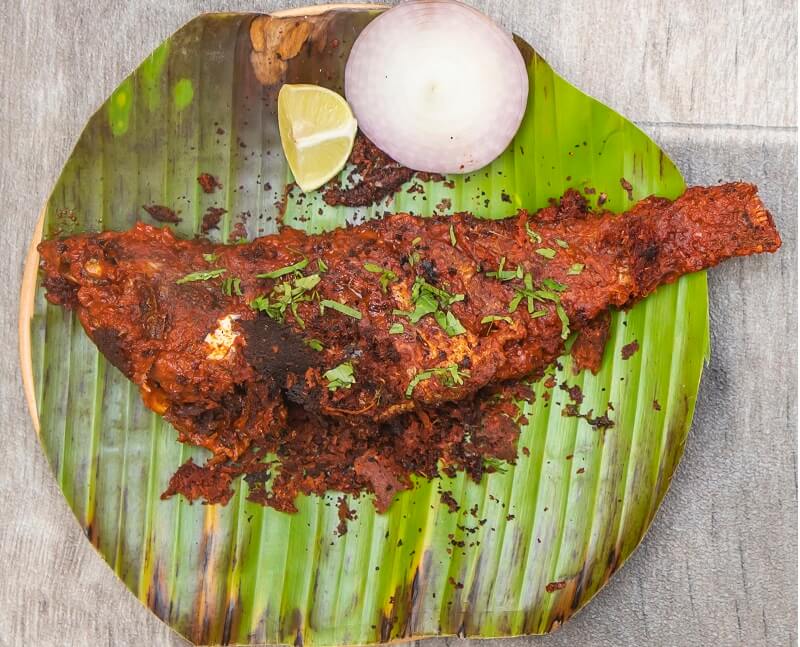 Karnataka is the state located near the coastal area where the majority consumes seafood. One of the main foods of Karnataka is Kane Rava Fry. The dish is associated with Mangalorean cuisine and has a different making procedure.
Kane Rava Fry is a fried ladyfish coated with a thick layer of Rava [sooji]. It gives exact South Indian flavor when fried in coconut oil. Ginger-garlic paste in the fish is like a cherry on the cake. And you can even add lemon for the extraordinary delicious taste. 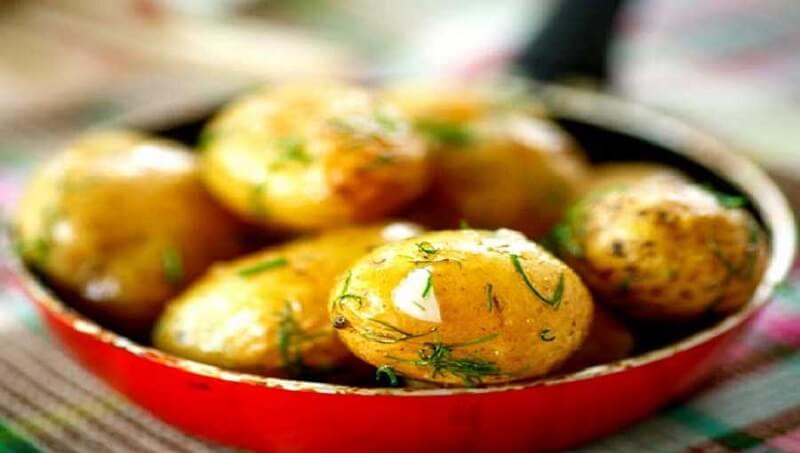 After listing out so many non-veg dishes, this one is for all the vegans who want to try different dishes made of vegetables. Allugedde is made of mashed potatoes, onion, and black grams. It is a side dish served along with dosa and rice. You can prepare it according to your preference. This is slightly like Aloo Tikki but is not deep or shallow fried.

These were some inviting, luscious, moreish dishes from Karnataka that you must try once in your life. Let us know which attracted you the most and if you are from South India, let us know which one is your favorite.

All you need to know about the new Covid Variant Omicron Virus: Symptom, Cause, Precautions, and Treatment