Did You Know Plastic Surgery Is One Of The Many Things India Gave The World? Meet The Man Behind It

When asked about her different cosmetic surgeries, a famous Indian celebrity said, “Jo cheez bhagwan nahi deta hai woh surgeon deta hai.” Cosmetic surgery dates back to 600 BC when Sushruta wrote books about various surgeries that can help patients. Sushruta, the Father of Cosmetic Surgery, had paved the way for the industry with his innovations and understanding of the human anatomy. 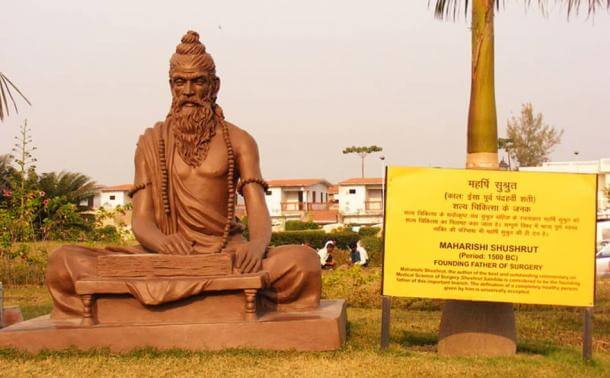 Plastic surgery seems like an invention of the modern age. The urge to get more desirable body features is one of the biggest driving factors in the field of Cosmetic Surgery but it is often performed for reconstructive purposes. One of the earliest and the most important medical texts in India is the Sushruta Samhita. 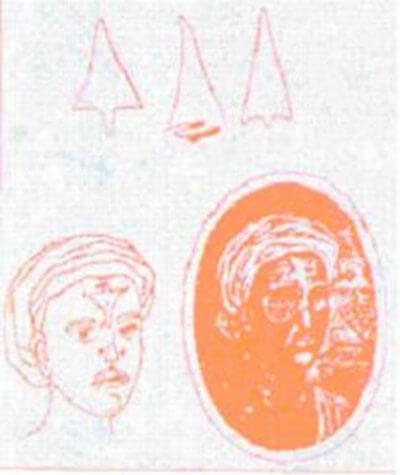 Sushruta Samhita is one of the pioneers in the nose reconstruction surgery, better known as rhinoplasty. In his book Sushruta Samhita, he says this about the procedure:

The portion of the nose to be covered should be first measured with a leaf. Then a piece of skin of the required size should be dissected from the living skin of the cheek, and turned back to cover the nose, keeping a small pedicle attached to the cheek. The part of the nose to which the skin is to be attached should be made raw by cutting the nasal stump with a knife. The physician then should place the skin on the nose and stitch the two parts swiftly, keeping the skin properly elevated by inserting two tubes of eranda (the castor-oil plant) in the position of the nostrils, so that the new nose gets proper shape. The skin thus properly adjusted, it should then be sprinkled with a powder of licorice, red sandal-wood and barberry plant. Finally, it should be covered with cotton, and clean sesame oil should be constantly applied. When the skin has united and granulated, if the nose is too short or too long, the middle of the flap should be divided and an endeavor made to enlarge or shorten it.

It’s incredible how one of the earliest scientific works is also considered a “Hindu” text by many scholars. Science and Religion don’t agree on a lot of things but both these elements together made Sushruta Samhita such an important text. Sushruta Samhita has references to Hindu Gods like Brahma, Vishnu and Indra. Vedas have also clearly had an impact on Sushruta Samhita. 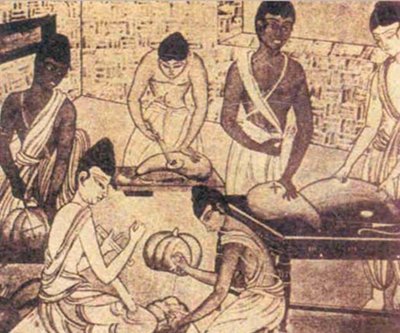 Sushruta Samhita is famous for its understanding and discussion of surgeries. It is also said to be the first text about surgery written by someone who used dissection of human bodies as references. The ancient text describes haemorrhoidectomy, amputations, plastic, rhinoplastic, ophthalmic, lithotomic and obstetrical procedures. 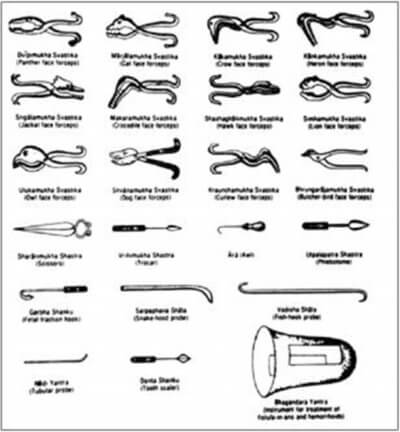 Sushruta Samhita pioneered some very specific fields of relevance in the modern era. Some of these include Hritshoola (heart pain), circulation of vital body fluids (such as blood (rakta dhatu) and lymph (rasa dhatu), Madhumeha, obesity, and hypertension. All these modern issues pertaining to the stressful lifestyle had been already thought of and documented centuries ago.

There’s a lot of untapped knowledge in a lot of religious texts of the past. It’s high time that science and tradition start going hand in hand because like Ravi Shastri would say, “In the end, Humanity was the winner.”