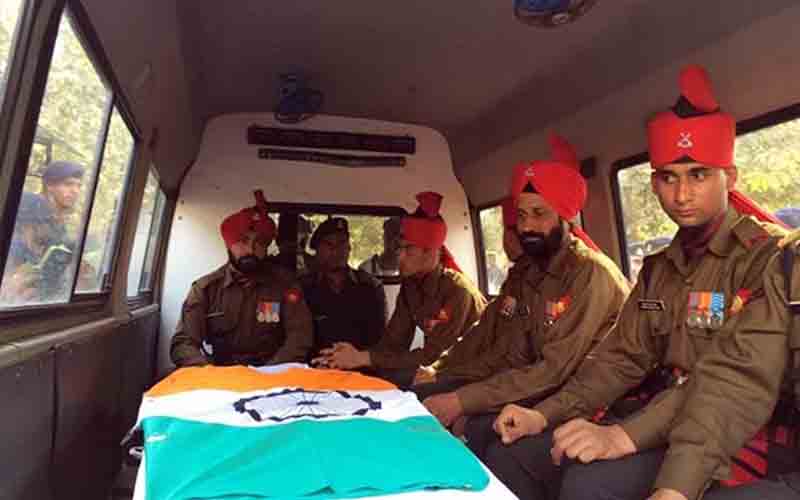 NEW DELHI:  Lance Naik Hanamanthappa Koppad, 33, died at Delhi’s RR Hospital this morning, four days after he was discovered alive in what has been described as a miraculous rescue from Siachen.

He is survived by his wife, Mahadevi Ashok Bilebal, and a two-year-old daughter.

The Lance Naik’s body, with the Tricolour draped on it, has been taken to the capital’s Brar Square, where wreaths are being laid to honour the soldier. His family is seated there. 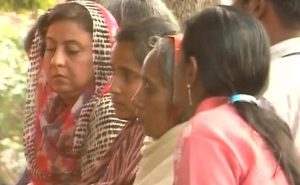 From Brar Square, Lance Naik Hanamanthappa Koppad’s body will be taken to the Palam technical area and will be flown to his home state, Karnataka. Last rites will be performed in his village Detdor in Dhadwaad.

Tributes have poured in for the braveheart as India salutes him. PM Modi said on Twitter:

He leaves us sad & devastated. RIP Lance Naik Hanumanthappa. The soldier in you remains immortal. Proud that martyrs like you served India.

“The soldier in him will continue to inspire generations,” said Army chief General Dalbir Singh.

Lance Naik Hanamanthappa spent six days buried alive under 25 feet of ice at the Siachen glacier after an avalanche came crashing down on the military post at Sonam.

He was found in the fibre-reinforced hut that served as a base at 19,600 feet on the glacier. Lying next to him were the bodies of nine soldiers from his regiment.

He was flown to the military hospital in Delhi, where PM Modi had visited him on Tuesday, saying he brought “prayers from the entire nation.”

Rescue workers endured gruelling conditions for a courageous and tireless effort to find the 10 soldiers who went missing after the massive avalanche ripped over the post on February 3 in Siachen, known for its unforgiving environment.

The soldiers had been declared dead by the army and the government, partly why the discovery of Lance Naik Hanamanthappa, who survived in an air pocket created under the ice, was dubbed “the Siachen miracle”.

Previous article
How To Send Invite All Facebook Friends
Next article
The Proposal: Do you Believe in love at first sight?