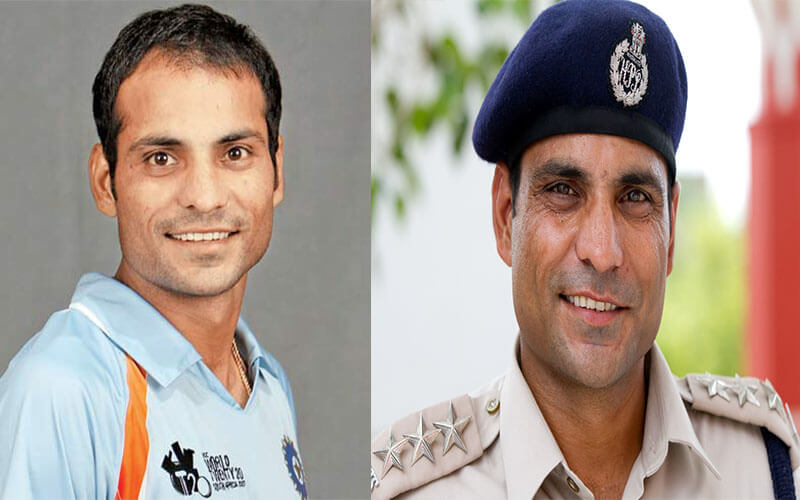 Perhaps the greatest moment of Joginder Sharma’s cricketing career was his dismissal of Pakistan’sMisbah-ul-Haq in the final of the inaugural World T20 played in 2007. Joginder basked in glory as India laid their hands on the first ever World T20 trophy.

However, little was heard of the all-rounder post that as he seemed to disappear into oblivion after playing a couple of seasons of IPL cricket. Joginder Sharma was rewarded heavily for his iconic contribution as he received a cash prize of INR 21 lakh from the Haryana Government.

Apart from that, he was also handed a job by the Haryana Police as Deputy Superintendent of Police in October 2007. At that point of time, perhaps even Joginder himself did not know that it would turn out to be a step towards his eventual future.

Nine years down the line, Joginder Sharma has risen up the ranks to establish himself as Deputy Commissioner of the Haryana Police. There have been many amazing stories of people turning into cricketers from a completely different profession. But the former Indian all-rounder’s case is the absolute opposite of this.

Joginder Sharma has been quite a fighter in his life, which is why the job of a cop is perhaps the ideal one for him. He fought hard to break into the Indian national team at the back of a terrific performance.

Even in his personal life, Joginder survived a scare 5 years back in 2011. He suffered severe head injuries and was in the ICU after a horrific car accident. However, the former Indian cricketer fought his way out of the situation and is making the most of the opportunity life has given him.

Joginder Sharma had done the nation proud in a blue jersey 9 years ago and continues do the same in his khaki uniform at present.